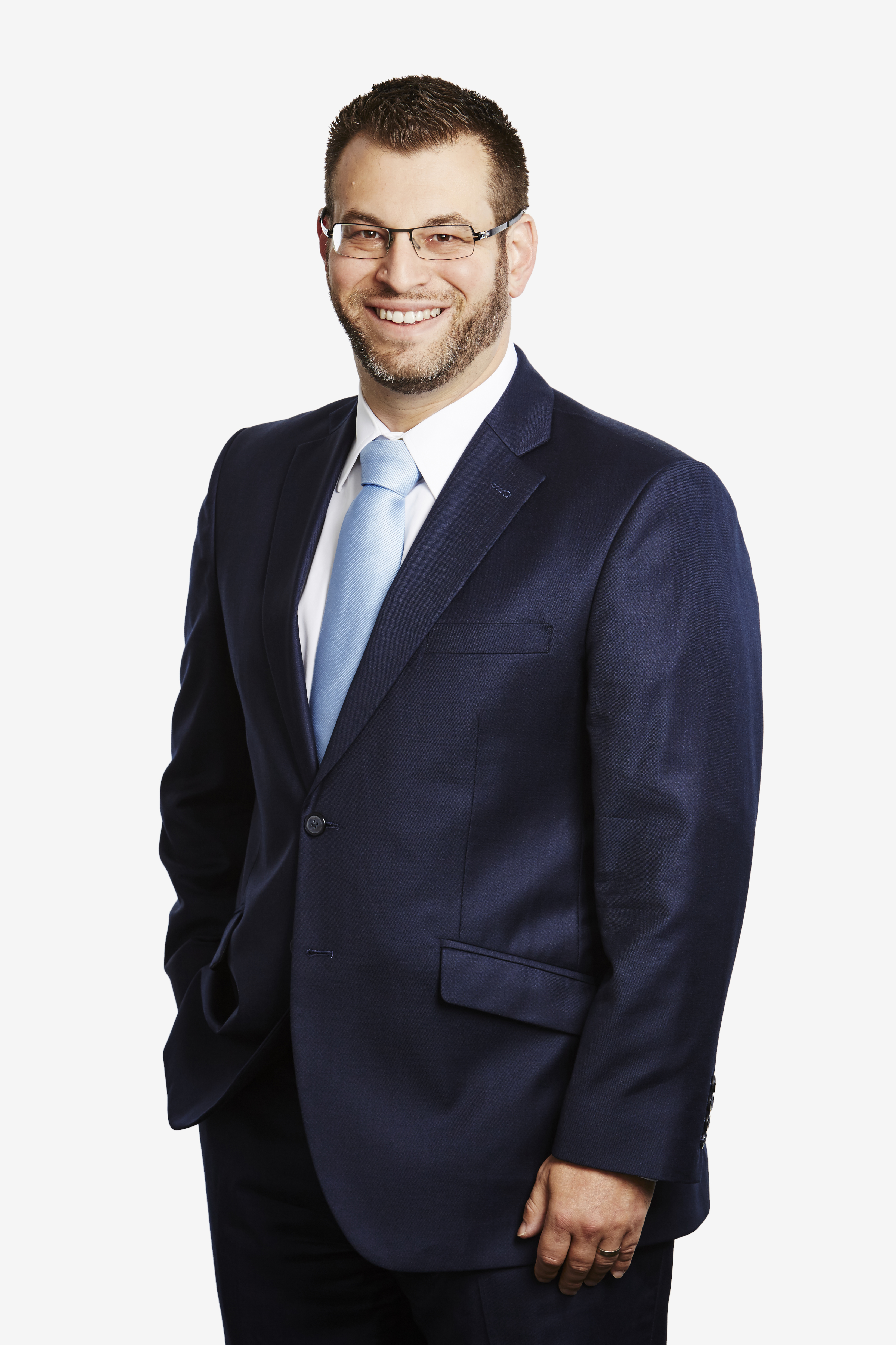 Tyson was admitted to practice in 1998 and signed the Bar Roll in 2005. He conducts a broad commercial litigation and advisory practice. A selection of matters in which Tyson has been briefed are referred to in the 'Cases' tab.

Areas of particular interest include:

He has substantial experience in litigation involving estate agents, medical practices and non-English-speaking clients. He has recently acted in a substantial dispute involving a cryptocurrency exchange.

Outside his practice at the Bar, Tyson is:

Before coming to the Bar Tyson practiced as a solicitor (with Piper Alderman Lawyers and with Phillips Fox / DLA Piper) and was an executive in the technology industry. He was co-founder of an Internet-based financial services company.

Tyson has a strong interest in medical & scientific ethics and related issues. He spent 14 years as a member of the Ethics Committee of the Peter MacCallum Cancer Centre, retiring in December 2020. In completing his Masters degree in Bioethics he earned high distinctions in ‘Ethical Issues in Professional Life’ and ‘Ethics’. His thesis was on Ethical implications for the Australian Red Cross Blood Service of autologous blood donations. Tyson is available to provide a reasoned ‘second opinion’ where difficult bioethical issues arise.

Supreme Court of Victoria - various interlocutory appearances. A dispute relating to the operation and transfer of the ACX cryptocurrency exchange.

I am frequently briefed in corporate oppression proceedings. These range from relatively straightforward disputes between quasi-partners to complex disputes involving solvent liquidations and difficult issues in relation to the preparation of accounts and valuations. These disputes frequently resolve - either at an early stage, or at or following mediation.

In recent years I have acted for and against many firms of estate agents, including in many disputes between agencies and former salespeople involving allegations of breach of restraint and misuse of confidential information. I have also acted in many disputes involving allegations of misleading or deceptive conduct in the marketing and sale of properties.

Supreme Court of Victoria (Matthews AsJ). Appeared for Motorsport Australia (CAMS) to resist an application for preliminary discovery . The application was refused on the basis that Trofeo did not require the documents sought in order to determine whether to commence proceedings. See also Cameron Industrial Commercial v Johnson (Ierodiaconou AsJ) [2021] VSC 195, another application for preliminary discovery (appeared for the applicant).

Supreme Court of Victoria (Riordan J). Junior to Simon Wilson, QC. Validity of requisition for a general meeting of members pursuant to Section 249D of the Corporations Act; validation of deficiencies in the requisition pursuant to section 1322.

Supreme Court of Victoria (Delaney J) A proceeding seeking the appointment of a receiver, alternatively a new trustee, to a trust. The Court found that the grounds to appoint a receiver were made out and the situation justified the removal of the trustee. The trustee had engaged in significant misconduct, including by causing the trust to incur legal fees for the personal benefit of the trustee's sole director. .

Supreme Court of Victoria (Ierodiaconou AsJ) [2020] VSC 531 Application for an interlocutory injunction on behalf of a real estate agency against a former employee. Non-solicitation; restraint; return of company property; misuse of confidential information.

Supreme Court of Victoria (Riordan J) Application to restrain the former solicitor for a company from acting for one group of shareholders in that company in an oppression claim against the other shareholders. This application took place in the course of a substantial, long-running dispute.

County Court of Victoria (Judge Dean). A 15 day trial. The principal issues were the construction of a commercial contract, the implication of a good faith term and whether the termination of a contract involved the breach of that term. The proceeding also involved complex causation issues, issues as to the credit of witnesses, waiver of client legal privilege and a freezing order sought in the course of the trial.

Supreme Court of Victoria (Sifris J). Junior to Noel Magee, QC A substantial corporate oppression proceeding involving an express contractual obligation to act in good faith and use reasonable endeavours. Winding up on the just and equitable ground. See also [2018] VSC 551 (dispensation with compliance with section 465A of the Corporations Act; final orders; stay pending appeal; costs in circumstances of multiple proceeding with varying parties)

Sole counsel for a party with leave to appear in the financial advice part of the Commission.

Victorian Court of Appeal (Santamaria, Beach and Kaye JJA). Conversion; identification of goods the subject of a claim in conversion; holding a party to its pleaded case. Also, see [2017] VSCA 102 (stay on appeal; security for costs on appeal) and [2017] VSCA 356 (costs on appeal; complex, lengthy proceedings; different parties to claim and counterclaim)

Supreme Court of Victoria. Junior to Richard Attiwill, QC. A substantial dispute involving allegations that a restraint given in a hybrid sale of business / employment context had been breached, and including a claim in conspiracy. Settled in July 2017 shortly before trial. A decision of Hargrave J in relation to an application for preliminary discovery is at [2016] VSC 44

County Court of Victoria (Judge Macnamara). A lengthy trial involving the defence of claims of breaches of an oral contract, estoppel and conversion in a context of complicated and confusing oral dealings in the Mandarin language. Issues arising included the admissiblity of transcripts of a secretly-recorded conversation in Mandarin; an application pursuant to section 49 of the Civil Procedure Act to curtail cross-examination and the costs orders which ought be made where there was mixed success and common representation.

Federal Circuit Court of Australia (Judge Wilson), with Dimitri Ternovski. Bankruptcy; issues in the swearing of an affidavit; proper basis to calculate interest in respect of judgment debts arising under the Taxation Administration Act (Vic); principles of statutory interpretation.

Court of Appeal (Warren CJ, Tate and McLeish JJA). Junior to Robert Hay QC. A dispute as to whether the purchasers of a property had validly exercised their right to 'cool off' from a purchase of property. The case involved the interpretation of section 31 of the Sale of Land Act, consideration of the extent of the agency of a real estate agent engaged to sell a property and construction of the standard-form contract of sale of land. Also [2017] VSCA 14 and [2016] VSC 93 (the trial before Cameron J)

Federal Court of Australia (Tracey J). A general protections (adverse action) application. Issues included whether the employee's complaints regarding his rate of pay were a substantial and operative reason for his dismissal; whether reinstatement was an appropriate remedy; how compensation ought be calculated; pecuniary penalties.

Supreme Court of Victoria (Efthim AsJ). Appeared for the Commissioner to obtain a personal costs order against a company director on the basis he had caused delay in the course of an application to wind up companies of which he was sole director.

Federal Court (Middleton J) Misleading conduct, passing off, breach of copyright. Issues arose in respect of: (i) the subsistence of copyright in a real estate listing authority and in the text of a website; (ii) misleading conduct and passing off in the context of descriptive names and phrases; (iii) the relevance of proof of reputation in misleading conduct claims; (iv) relevance and proof of the respondent's intent to take advantage of the applicant's reputation in a misleading conduct claim. See also [2013] FCA 1390 (Injunctions; declarations; indemnity costs; costs where nominal damages are awarded on a claim for copyright infringement; an application for damages for loss sustained by reason of an injunction)

Federal Court (Murphy J). Junior to Peter Riordan, SC and with Marcus Hoyne. A hearing to determine the penalties to which TPG Internet ought be subject under the Trade Practices Act and Australian Consumer Law, it having been found in an earlier trial to have engaged in misleading or deceptive conduct.

Supreme Court of Victoria (Ferguson J). An application to wind up a trustee company on the just and equitable ground in the context of a total breakdown in the relationship between the people involved in the trust. Also Re Inon Nominees (in liquidation) [2013] VSC 211.

County Court of Victoria (Judge Ginnane) A dispute between an accounting firm and a former salaried partner. The proceeding involved allegations of breach of a restraint of trade clause and misuse of confidential information. There were also claims of breach of fiduciary duty, to which equitable defences were raised.

Full Federal Court (with Travis Mitchell). Misuse of confidential information, trade secrets; the springboard doctrine and a misleading conduct claim in the context of a new business set up by former employees in competition with their former employer. The trial was before Justice Ryan of the Federal Court. I appeared as Junior to Josh Wilson, SC. It was reported at (2011) 280 ALR 125; [2011] FCA 423. See also [2011] FCA 606

Supreme Court of Victoria (Davies J). Junior to Noel Magee, QC A substantial corporate oppression proceeding. The Court found that Mr Vigliaroni had been oppressed, and ordered that he buy out the oppressor. Related proceedings involved the misuse of confidential information and the validity of a caveat.

From 07 Aug 2008, liability limited by a scheme approved under Professional Standards legislation.