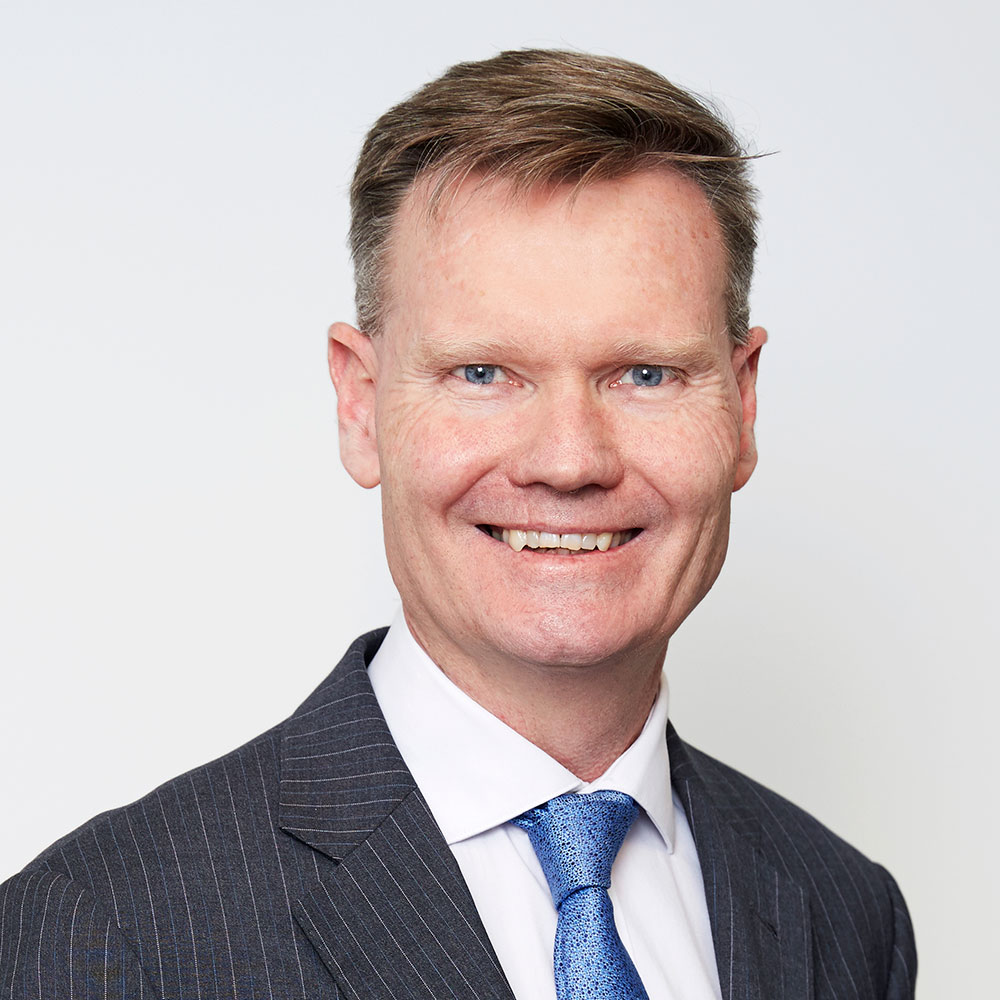 Greg is regularly engaged to act and appear in significant Corporations Act matters and in complex general commercial disputes, including contractual disputes.

Greg came to the Bar in 1995 following 5 years as a commercial solicitor with Freehills (now Herbert Smith Freehills) where his work included capital raisings, mergers and acquisitions and advising listed public companies on matters such as corporate governance, share plans and general meetings.

At the Bar, Greg has acted in a broad range of commercial matters. These have included matters in the areas of takeovers and reconstructions, shareholder disputes (including oppression proceedings), partnership disputes, investor class actions (being the Westpoint class action and the Fincorp class action), corporate insolvency, managed investment schemes (where he acted for the liquidators of Gunns Plantations Limited), professional negligence, building and construction, trade practices, aviation, copy right and Aged Care.

While Greg has an extensive corporate and, commercial practice, his predominant areas of practice are in the fields of the Corporations Act (including takeovers and reconstructions through a scheme of arrangement), corporate relationship disputes such as oppression proceedings and partnership disputes, contractual claims arising out from a share sale agreement or sale of business, complex commercial disputes requiring detailed review and analysis of extensive documentary evidence, the duties of fiduciaries such as directors, partners and trustees and corporate advisory work in relation to commercial transactions. Greg has also acted for a number of rural law clients (click here for details).

Examples of work undertaken by Greg in these corporate and commercial fields are set out below.

Greg has acted in 36 schemes of arrangement including schemes to effect takeovers, mergers, demergers and internal reconstructions. These have included schemes of substantial transaction value such as the 2019 $4.4b takeover by Brookfield of all of the shares in Healthscope Limited (in which Greg acted and appeared as lead counsel for ASIC as intervener at the first court hearing), the $1.9b takeover of Sirtex Medical Limited in 2018 by CDH Genetech Limited and China Grand Pharmaceutical and Healthcare Holdings Limited, the $3.8b merger in 2016 of M2 Group Limited with Vocus Communications Limited, the demerger in 2011 of Treasury Wine Estates from the Foster's Group, the subsequent $10.5b takeover of Foster's in 2011 by SABMiller and the $1.95b takeover in 2010 of Healthscope.

For many years Greg has acted and appeared alone in substantial and complex schemes of arrangement. Greg has also led junior barristers in schemes of arrangement. Greg has acted and appeared in a broad range of schemes of arrangement encompassing takeover (or change of control) schemes, demerger schemes, merger schemes, top-hatting restructure schemes, destapling restructure schemes involving share schemes and a trust scheme and internal reconstruction schemes involving orders under section 413 of the Corporations Act. Greg's experience in this field of the law extends beyond the issues and challenges that commonly arise in schemes and includes navigating schemes through the court process in the context of bidding contests, shareholder activism and acting for a bidder where the target company was the subject of a class action.

Greg has acted for target companies, bidders (including private equity) and for ASIC. In the majority of the schemes in which Greg has acted, he has represented the scheme or target company (being the plaintiff in the proceeding and the company responsible for obtaining the required court orders for dispatching the scheme documentation and for having the scheme of arrangement approved). Greg however has also on many occasions acted for bidders (inclduing overseas bidders) in takeover schemes of arrangement, where such bidders have incuded private equity as well as commercial trading companies. As such, Greg has an understanding of the issues required to be addressed by bidders including regulatoty approvals, funding and corporate finance/financial assistance matters. Greg, as noted above, has also acted for ASIC and as such has an undertanding of schemes of arrangement from the regulator's perspective.

In some recent schemes of arrangement in which Greg either acted alone (or was leading a junior) he has helped to shape or clarify the law in certain important areas in this field of the law.

By way of example, in the 2019 Brookfield takeover of Healthscope Limited, Greg appeared for ASIC at the first court hearing on 16 April 2019 to make submissions on "class" composition in respect of the proposed scheme of arrangement. Justice Beach's judgment in respect of that hearing (handed down on 18 April 2019) contains a detailed discussion on the class composition question. See Re Healthscope Limited [2019] FCA 542

Greg's work in the field of schemes of arrangement has included addressing the issue of shareholder activism, including

Greg's work in this field extends beyond the court process and includes pre-announcement review of transaction documents, advice on discrete transactional issues, advice and input regarding the structure and content of the scheme booklet, advice regarding recourse to the Takeovers Panel, the consideration of and proposed response to issues raised by ASIC, matters relating to foreign law deed poll advice, matters relating to overseas regulatory approval and drafting involvement (post scheme implementation) in respect of financial assistance documents relataing to loans advanced by lenders to fund a takeover transaction.

Greg has also co-lectured on the subject of "Schemes of Arrangement" (as a senior fellow) in the Melbourne Masters Program (University of Melbourne Law School) and has given seminars to law firms who practice in this area.

Greg is available to act in schemes of arrangement both in Victoria and interstate. Greg has appeared interstate in schemes of arragement having appeared for the bidders in the Federal Court in Sydney In the Sirtex Medical Limited scheme of arrangment. Greg has also appeared in the NSW Supreme Court on behalf of Shell Energy Australia Pty Ltd as the proposed acquirer in the ERM Power Limited proposed scheme of arrangement.

Details of the schemes of arrangement in which Greg has acted can be found here.

1. Acting for a widow in a Corporations Act oppression proceeding in the Victorian Supreme Court against her father-in-law and brother-in-law, which settled shortly after mediation in 2020.

2. Acting from 2016 to 2018 for a retired farmer in a farming partnerhsip dispute against his son-in-law in the Victorian Supreme Court.

3. Acting for Bob Jane in 2012 (against his son Rodney) in proceedings commenced in the Victorian Supreme Court in relation to Calder Park Raceway.

1. Acting in 2018 and 2019 in relation to a contractual warranty claim arising out the sale of a food business (in which a portion of the purchase price had been held in escrow)

1. Acting in 2017 in an escrow contractual dispute on behalf of sellers of shares under a share sale agreement.

1. Acting for Virgin Australia Airlines Pty Ltd from 2014 to 2015 in a multi-million dollar contractual dispute commenced by a John Holland company in the Victorian Supreme Court in 2014 concerning the maintenace of Virgin Australia's fleet of aircraft.

2.Acting for the City of Casey in 2012 in the Victorian Supreme Court in a class action proceeding relating to a landfill site.

1. Directors - advising directors in relation to a merger proposal.

2. Partners - advising a law partnership as to governance matters and partner duties and obligations.

3. Trustees - advising a receiver in relation to the role of a debenture trustee in the context of a corporate collapse.

1. Advising in relation to Corporations Act matters in respect of an international mining transaction.

2.Advising in relation to Corporations Act corporate finance matters arising from the completion of a scheme of arrangement.

Greg was a member of the Bar's health and wellbeing committee for several years and instigated the health and wellbeing survey undertaken by the Bar in 2018. Among other matters, the survey addressed the areas of mental health, mentoring, support structures, workplace bullying (including judicial bullying), sexual harrassment and discrimination.